Congrats to our U16 team on reaching the U16 Roinn A shield final after a tight but well deserved win over Slieverue on Sunday on a scoreline of 2-9 to 2-8.

Played in good conditions it was the Slieverue boys who dominated the opening fifteen minutes scoring two good goals. The Comer boys didn’t panic and with a few positional switches the Comer boys fought their way back into the match approaching half time. Going in at the break the Comer Boys had a share of the spoils on a score line of 1-6 to Comer and 2-3 to Slieverue. The second half was nip and tuck throughout with no more than a point or two separating the teams throughout. The Comer defence stood firm against the strong running of the Slieverue forwards and limited them to only five frees in the second half. It was going to take a game changing moment to decide this match and it arrived when a long range free from the Comer half back line went the whole way to the net. Slieverue came back to get the next two scores to level the match but late into stoppage time Comer’s stand out player Conor Delaney split the posts after a well worked ball to give the Comer boys a hard earned but deserved victory on a score line of 2-9 to 2-8. All the Comer boys gave it their all with some great displays from Steven Dowd, Conor Delaney, Johnny Callinan, Sean Buggy, Niall McMahon, Shane Feehan, Rian Holden and Griffin Carroll.

The winning team is pictured below. 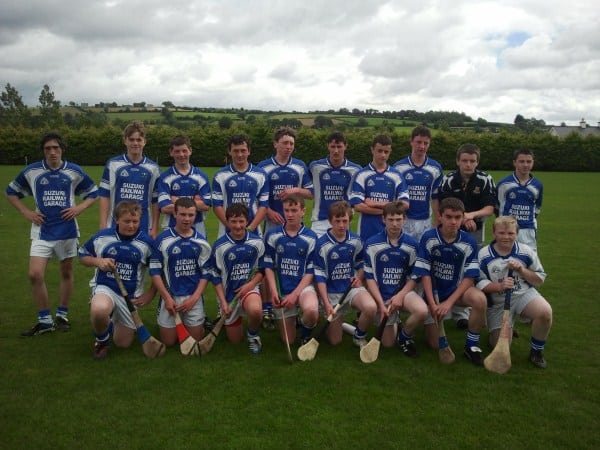