Our main development fundraiser was launched this weekend. The Fantasy Cheltenham competition is now up and running and we are appealing to all members, parents and their families to get behind it. The website www.fantasycheltenham.ie is being updated this week and will contain the 2014 brochure. Get in contact with all clubs where possible to come on board in this joint club fundraiser.

The following items of playing and leisure gear are going to be available to order for players, supporters and family members this weekend. Order dates and times are Friday night from 8pm to 9pm and Saturday Morning from 10am to 11am. This will be the only times for ordering so please get the order in if needed.

The Azzuri Polo top is only available in Adult Size. All other items are available at all sizes. The Azzuri items are limited in quantity so first come first serve for these. The O’Neill’s togs are also going to be available to order in all sizes.

Erin’s Own Girls U16 Fooltballers have reached the semi finals of the Carlow Championship playing Ballinkillen tonight at 7pm in Baganelstown.This is a terrific effort in there first year to enter the competition.Good luck to all the panel and mentors.

Information sheet for Gaelic4Mothers & Others 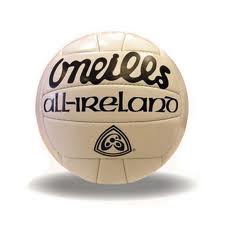