Congrats to Erins Own U10s on winning the Kevin Bergin 2014 Tournament. Superb performance from all involved on Sat. The Comer lads won their 2 matches in the group stages with wins over Windgap and St Martins. In the final they faced the hosts Conahy Shamrocks and won a superb match on a scoreline of 3-05 to 3-03. Thanks to Conahy for hosting a great mornings hurling. Panel was Kiel Smyth, Alan Smyth, Evan Harding, Ewan Connery, Eoghan Moore, James Kenny, John Kenny, Joey Ryan, Michael Brennan, Shane Holden,Mikie Maher, Eoin Nolan and Aaron Fanning. Well done everyone involved. 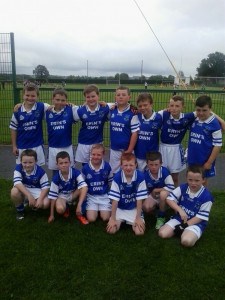 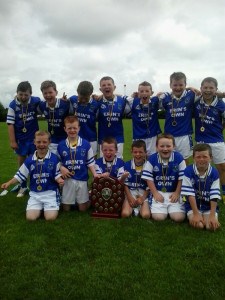