The next generation of Erin’s Own hurlers took to the field for their first group of games on a Saturday last when they attended the excellently run Dicksboro under 8 blitz in Palmerstown.

Decked out in their club colours of blue and white the boys played three games in their group to determine who they would play in their final game. The Comer boys started very brightly and after constant pressure and some wonderful skill shown by all the players Kiel Smyth broke the deadlock with a wonderful goal after great play by Eoin Nolan, James Coogan and James Kenny. In the second game the Erin’s Own boys really found their feet and scored a comprehensive victory over Danesfort. Ewan Connery was to the fore in the scoring here with 4 great goals after assists from Michael Brennan, Shane Holden and Jack Coogan Burke.

Others on the score sheet were Alan Smyth with three and Michael Rowe. In the third game the comer boys entertained Bennetsbridge in a cliff-hanger of a game with the ball going up and down the field non-stop. Again the comer boys had a couple of scores to spare at the end and thus topped their group. There were great performances here from Eoghan Moore James and John Kenny, Joey Rowe and Joey Ryan. In their final game the comer boys came up against the host club Dicksboro and after a titanic struggle the boro boys prevailed. This was a great blitz run superbly by the Dicksboro club and all the comer boys had a great day where participation rather than winning was the emphasis. Well done to all the boys and to their mentors who continuously do an excellent job developing these young players into the stars of the future. 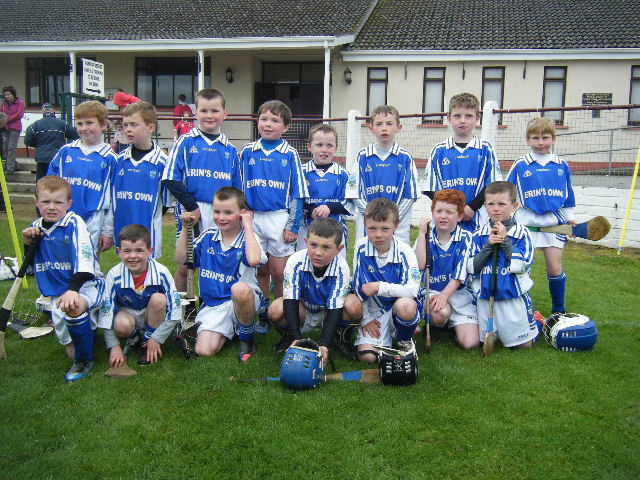